Happy 2014! New year, new luck! We hope you had a great Christmas and New Year celebrations. Were you happy to wave goodbye to 2013 and ready to power into 2014? How was 2013 for you? What were your favourite moments? We have compiled a blog post to celebrate the best moments of 2013.

With all due respect to 2014, it is looking to be exhilarating. There are some very exciting changes going to happen (bear with us) and we have also added two fantastic brands to our portfolio: Australian label Jaggar and French American brand Sundry which we are going to introduce to you properly over the next couple of weeks. But for now, let us honour each month of 2013 in pictures…

In January 2013 we saw the launch of Wildfox‘ fantastically nostalgic and super cool collection Kids in America, inspired by 90’s classic “Clueless”. We also launched luxe denim label Genetic whose soft fabric and cool cut jeans are a hit with the stars.

During February, ten international bloggers battled out who styled the Wildfox Sparkle Heart Jumper best to win a £500 gift voucher at Wildfox Couture UK. Finders Keepers launched the Secret Garden and Lake House collections that featured the most intricate prints on beautifully tailored pieces and compelling basics. We also reported on the trend colour white. 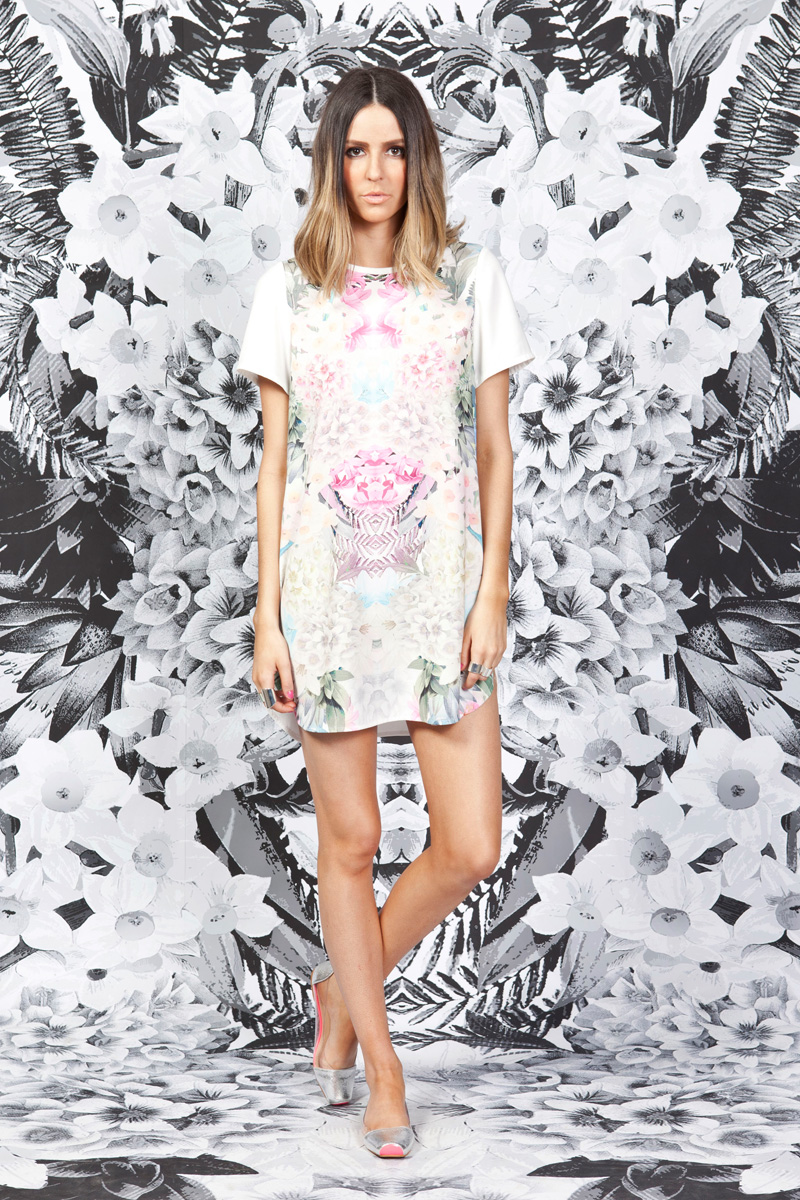 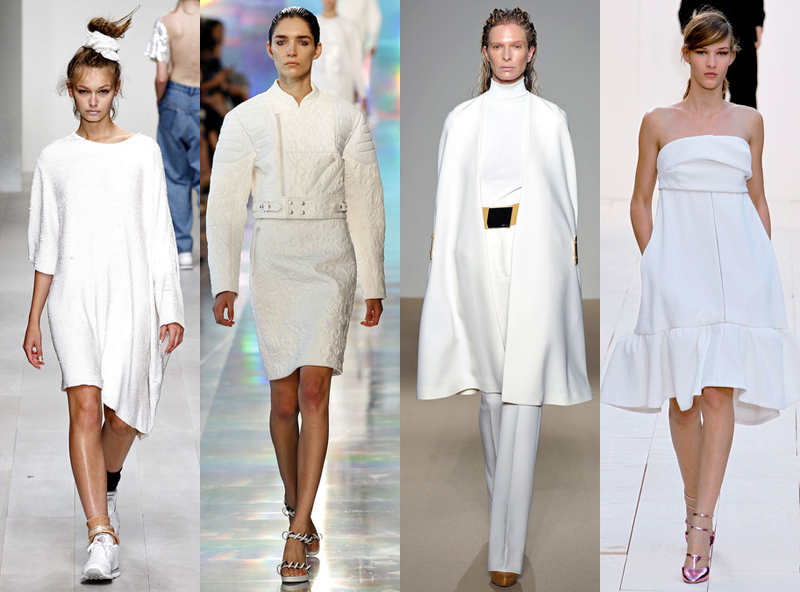 Swedish label Elvine launched their menswear range in the UK during March 2013 with a party in Soho that got press and bloggers excited. LNA brought out the most beautiful dip dye pieces as part of their Spring 2013 collection. We also reported on the trend of the band tee, ran a competition for our Twitter followers to win a pair of Wildfox x Jeffrey Campbell denim stilettos and instagrammed a pic of Rita Ora in all over Finders Keepers. 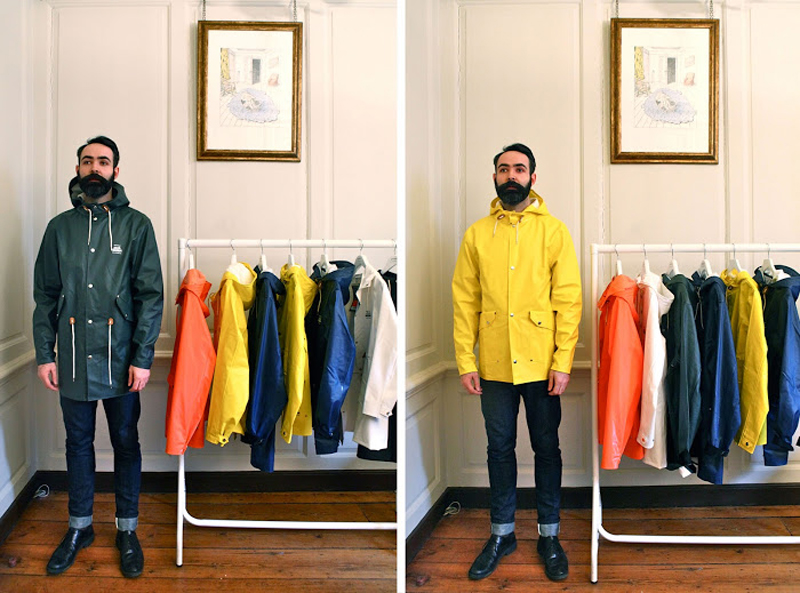 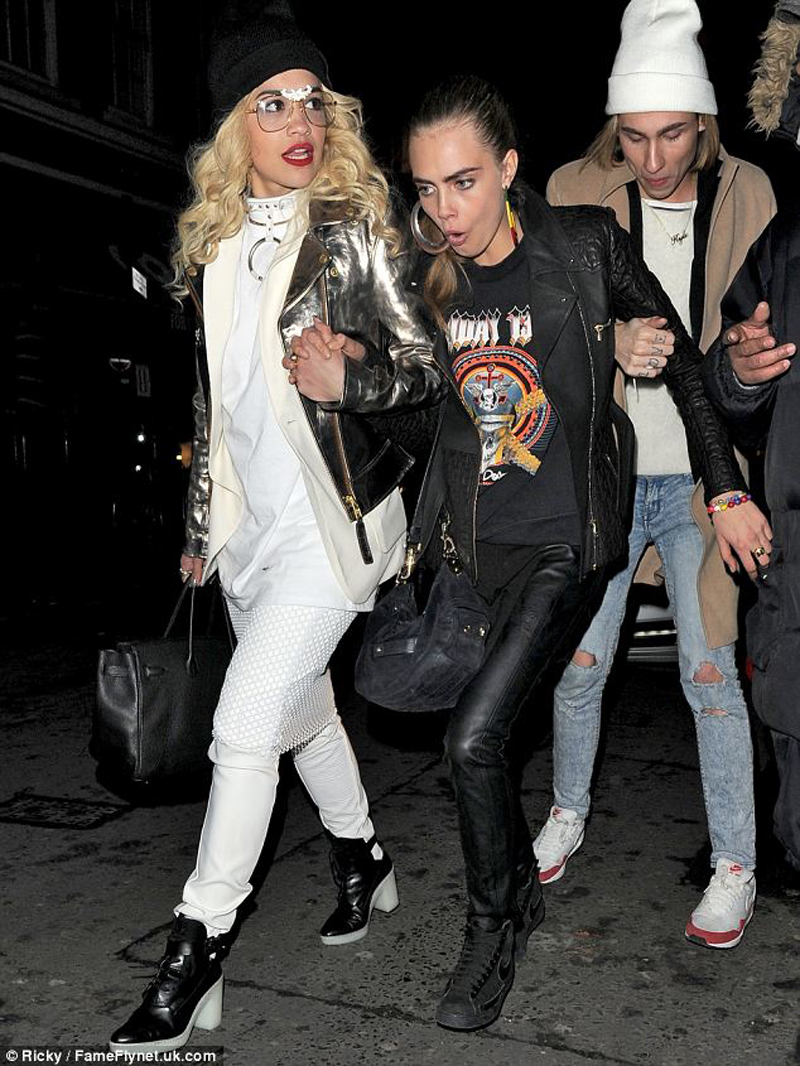 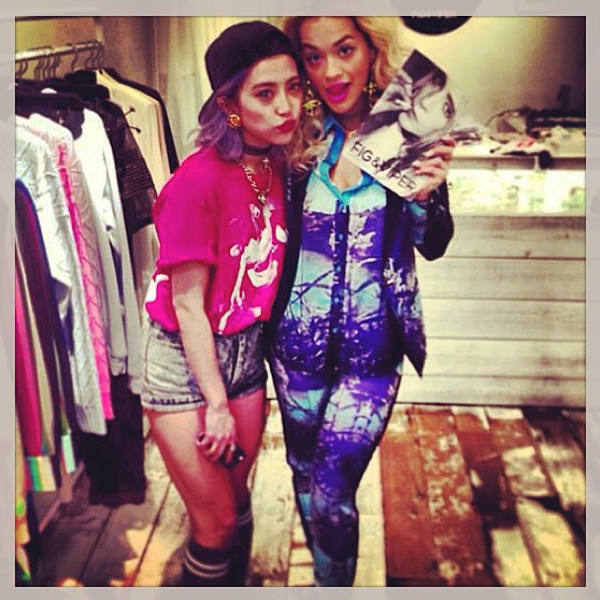 With more sunshine in April 2013 came the launch of Wildfox Sun II that were a great hit at Coachella. At Harrods, we ran an Instagram competition where Wildfox customers could win a hamper worth £1450. Also in April, Emma Watson was spotted wearing the Genetic Shya in shady. 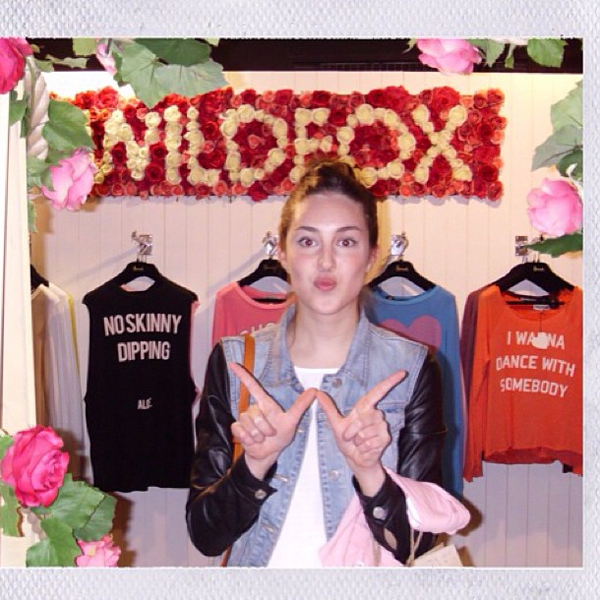 In May we opened a Wildfox pop up store in Leeds, ran a competition with Spirithoods UK and five bloggers to win tickets to Alton Towers Live 2013 festival and brought Wildfox to Cannes. Genetic launched their fantastic Be You series with Tasya van Rae and Finders Keepers brought out Field of Dreams. We also spotted Harry Styles in a Junk Food tee and Vanessa Hudgens in the Wildfox Sun Steff Frame and the Wildfox Mind’s Eye T. 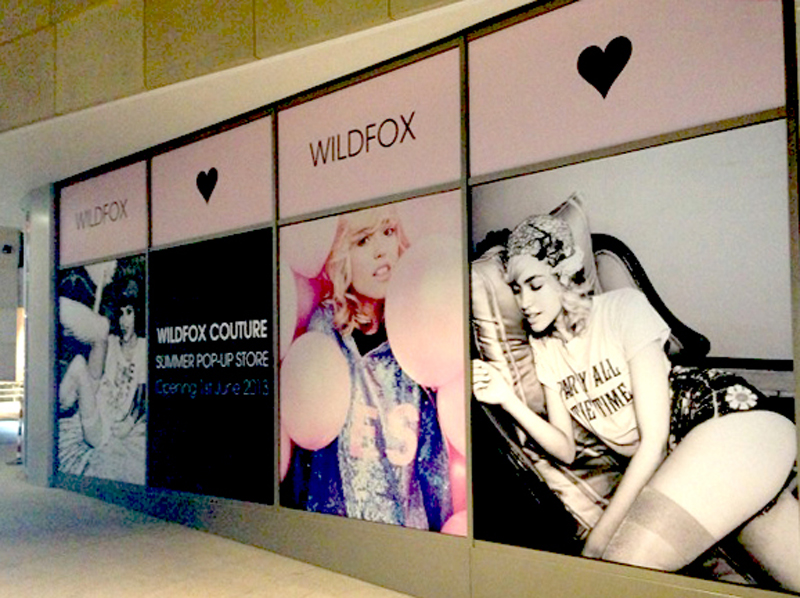 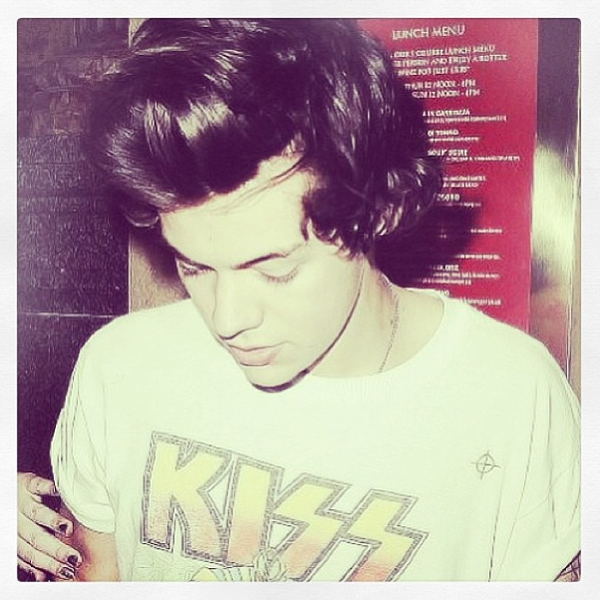 During June 2013 we launched LA femme streetwear label Dimepiece whose fans include girl crush babes Cara Delevingne and Jourdan Dunn. Wildfox launched their collections Into the Wild and their Hello Sailor Swim Summer 2013 and we saw Lena Dunham in the Wildfox Bel Air Frame and Wildfox Clarissa Dress, as well as Mollie King from the Saturdays in the Finders Keepers Madhouse Dress. 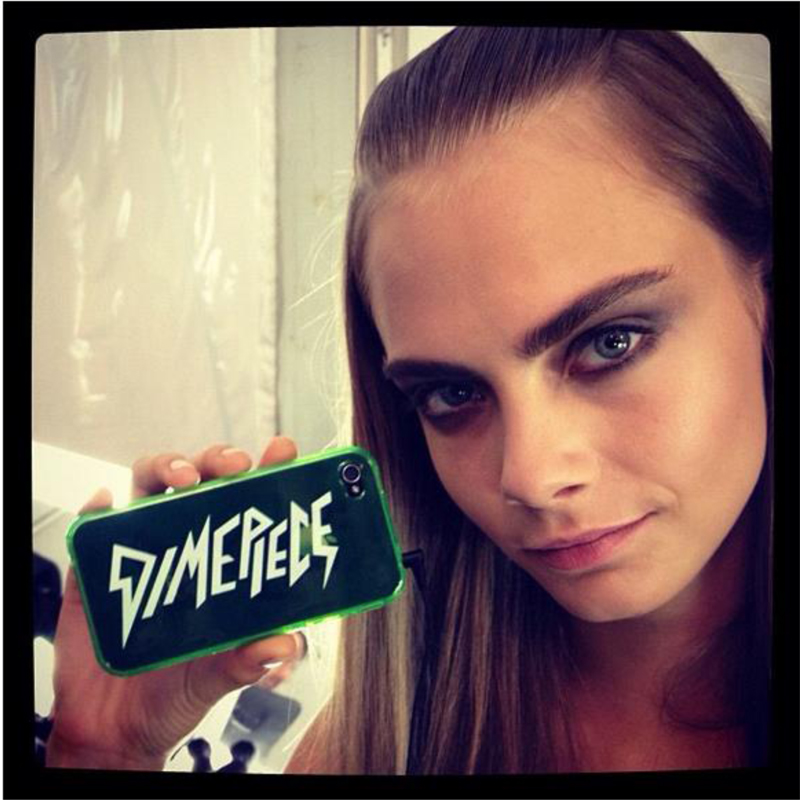 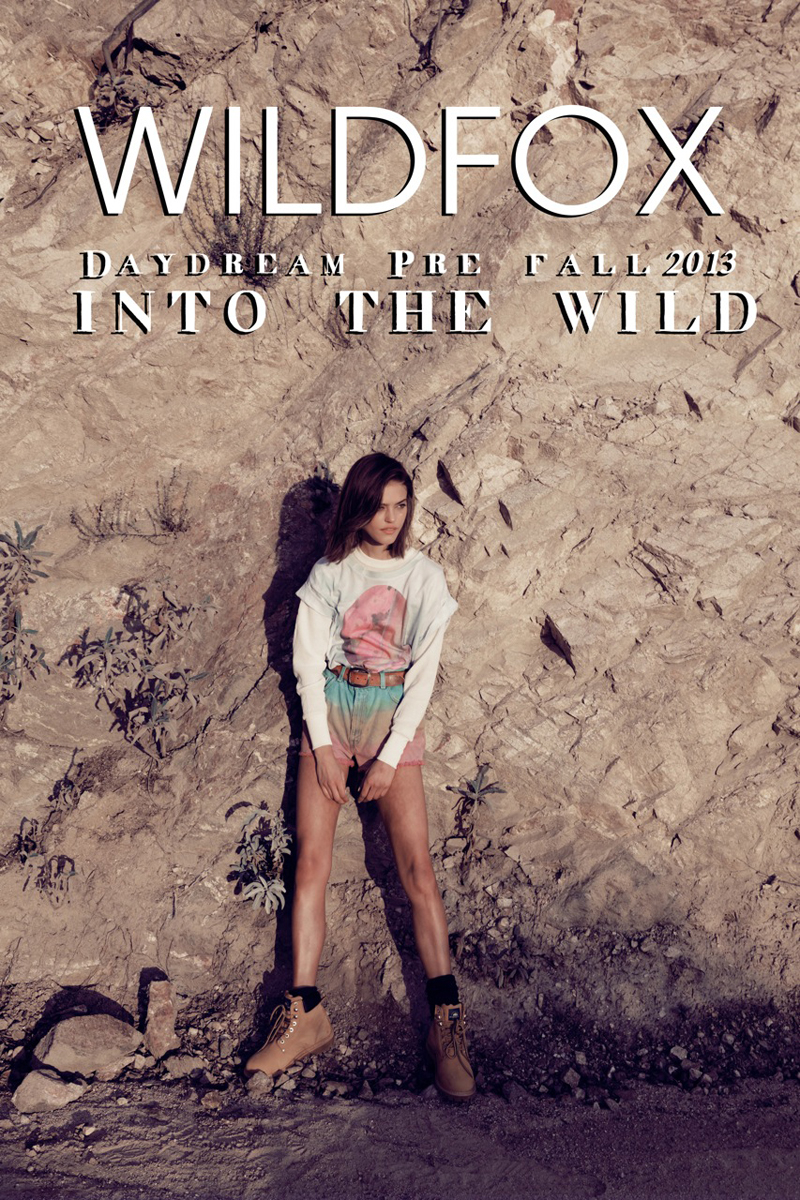 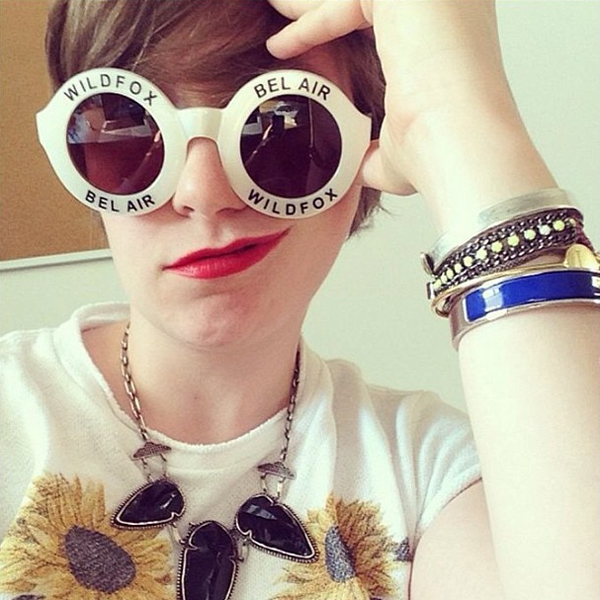 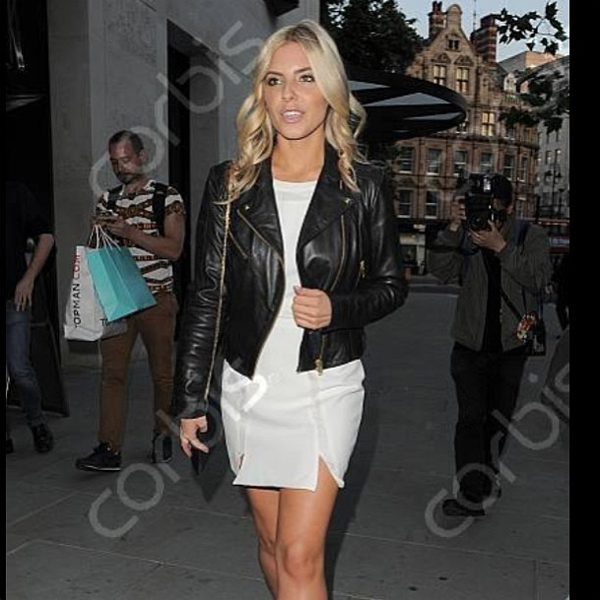 In hot July Dimepiece rocked an LA style Summer Party in East London, Finders Keepers launched their Replay collection and Wildfox launched their Denim range that counts Kate Moss as a fan. Beyoncé looked stunning in the Wildfox Stormy Tank and the Wildfox Sun Le Femme Frames, while Cara D celebrated her granny’s birthday in the Finders Keepers Morning Shorts. Showroom dog Wispa showed us how to stay cool in the summer! 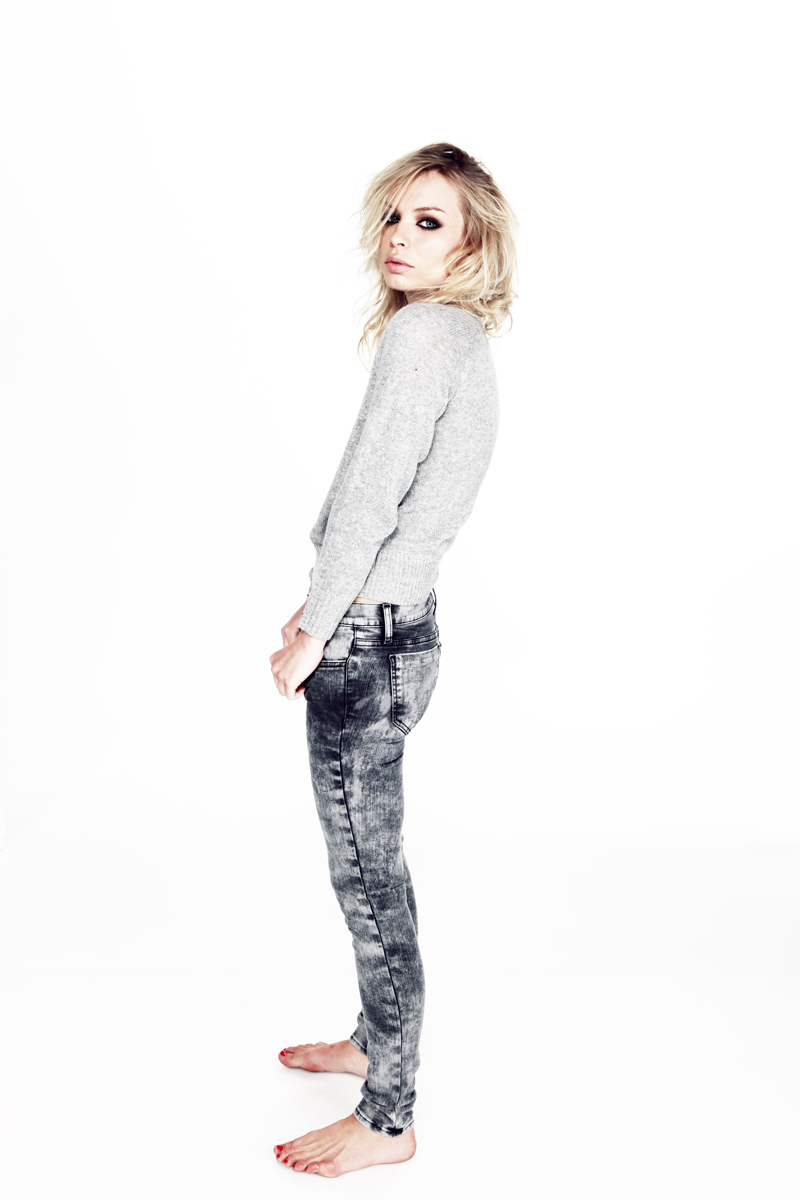 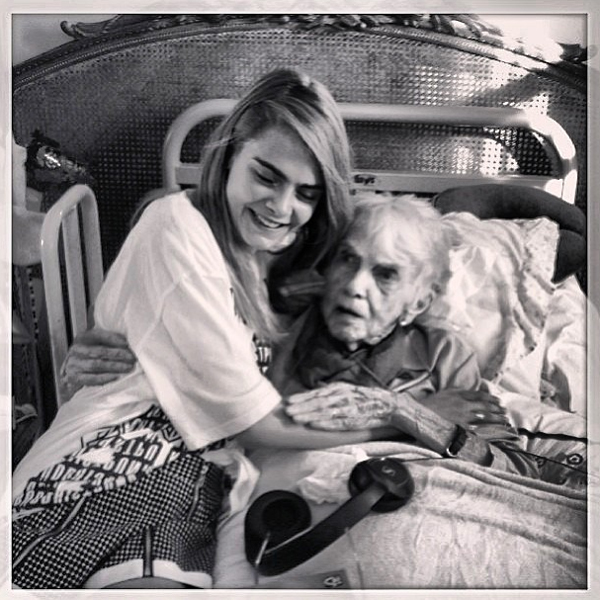 August 2013 saw Wildfox appear on America’s Next Top Model, the label’s Gatsby inspired range Daisy’s Girls launched and we reported on the Cruise 2014 Miami show that revealed the swimwear styles we will all be lusting after this year. While Sandra Bullock’s son Louis was spotted in a Junk Food tee, Kourtney Kardashian wore the Finders Keepers Foolproof Dress to her sister Kylie Jenner’s Sweet 16 party and Jourdan Dunn sported the Dimepiece Oh Shit! Leggings at V Festival in London. 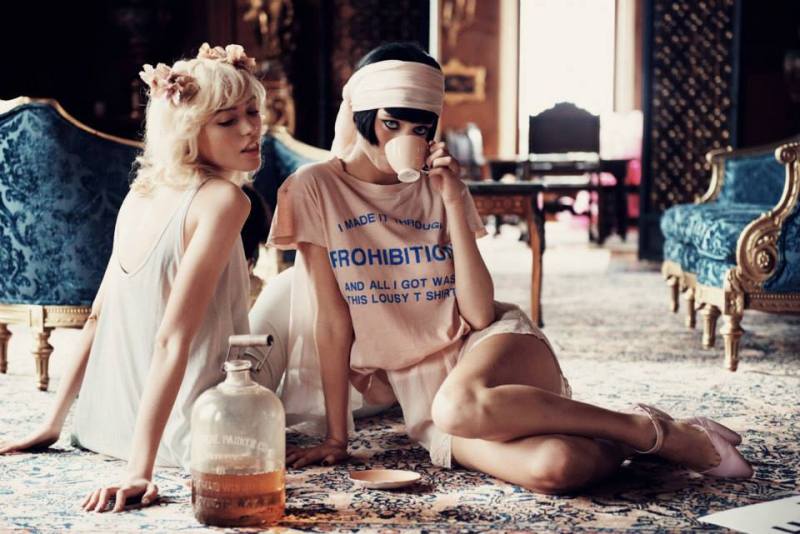 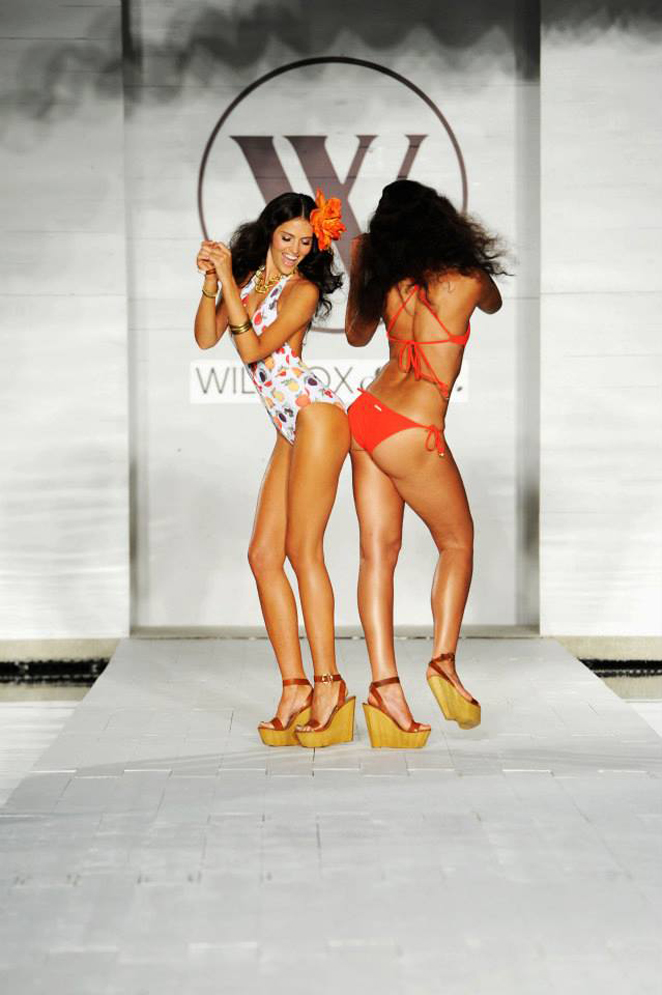 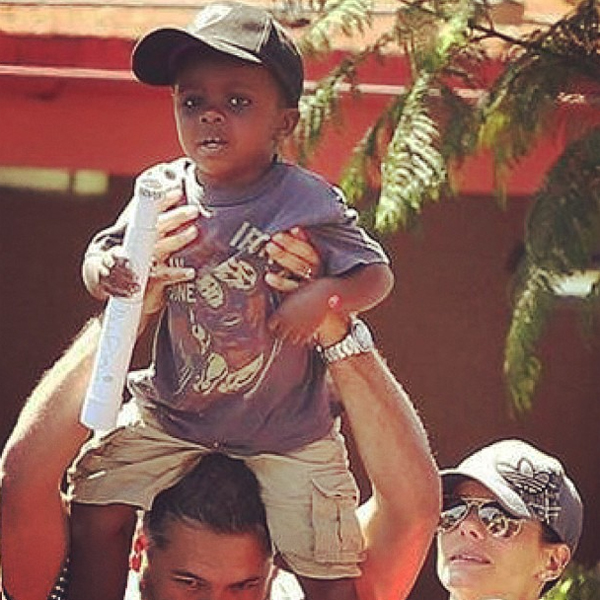 Kourtney Kardashian photobooth-posing in the Foolproof Dress by Finders Keepers at her sister’s Sweet 16 birthday party.

During fashion month September we reported on the trends both on and off the catwalk (there was über blogger Gala Gonzalez who wore a checked Finders Keepers ensemble to NYFW and on The Sartorialist). Showroom dog Bullit drove to Paris Fashion Week. It was also the month during which Beyoncé filmed her video to “XO” in a pair of Genetics for the surprise album she released at the end of last year. Kate Moss was spotted in the Wildfox Denim Carmen in airkiss at the airport, Ellie Goulding instagrammed pictures of her in the LNA Mosshart tee and Nicole Scherzinger wore the Finders Keepers Winter Birds Dress. 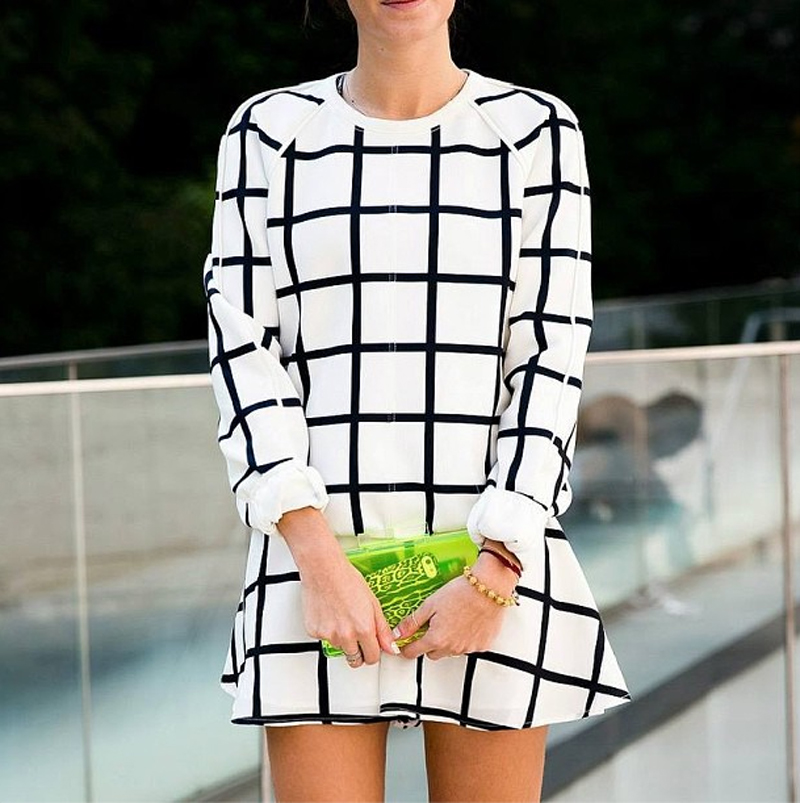 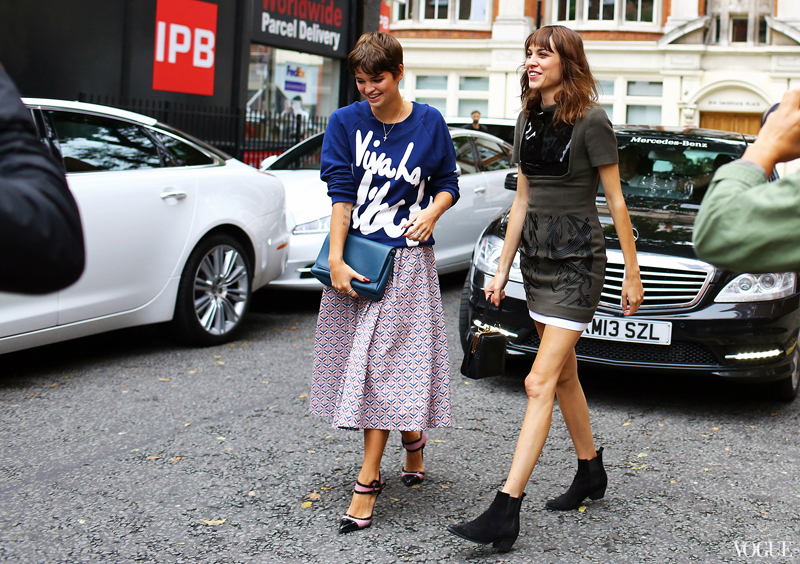 Pixie Geldof and Alexa Chung on the way to the shows. 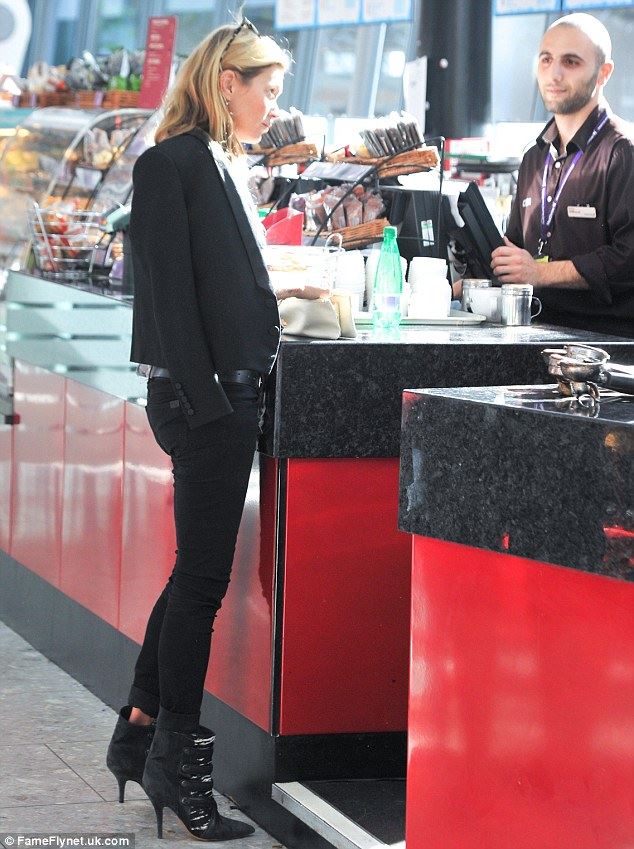 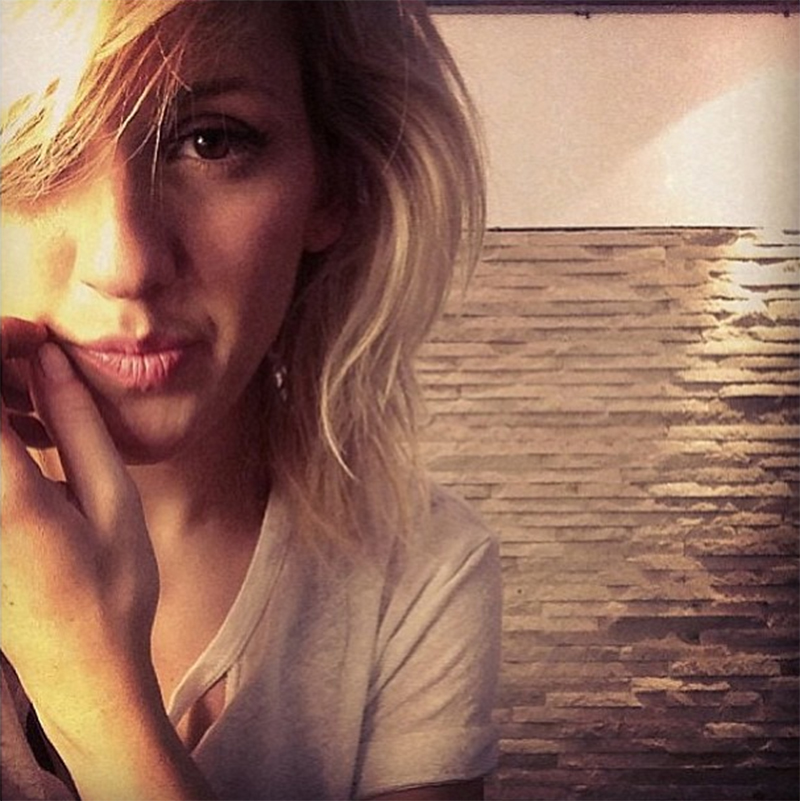 In October thirteen we ran an Instagram competition with boutiques and bloggers in which followers could win x5 clutches and x2 tees of the electric rose print from Finders Keepers’ Strange Love collection. Wildfox launched their PJ range Pyjama Party. Mollie King and Vanessa White from the Saturdays performed in the Finders Keepers Wait For Me Playsuit and the Last Goodbye Dress, while Ellie Goulding took to the stage in a Dimepiece Babygirl crop top. Bella Thorne stepped out in the mirrored Wildfox Sun Twiggy Frames.

Be Frassy wearing the clutch and tee

Ellie Goulding in Dimepiece at the Osheaga Festival in Montreal 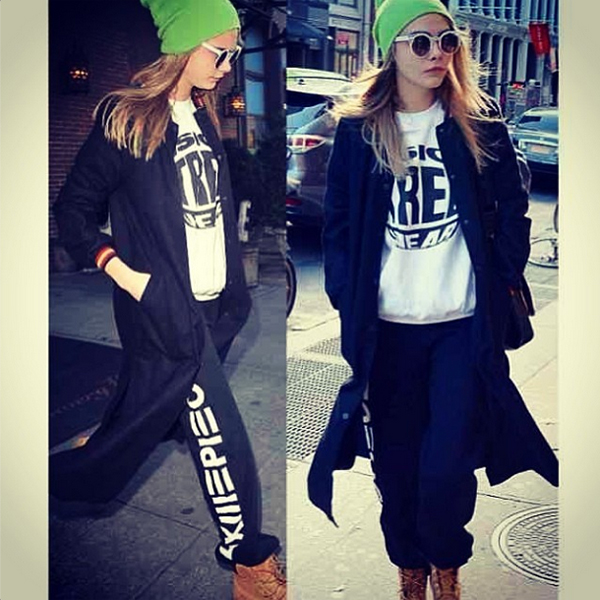 December was gifting season and Wildfox gave away £100 gift vouchers to spend online at Wildfox Couture UK and St Tropez tanning products as well as tickets to the London Bacanal Xmas Brunch Party. We introduced new labels Sundry and Jaggar to the mix and instagrammed Nicole Richie in Genetic, Nicole Scherzinger in the Like Smoke Playsuit by Finders Keepers, Finders Keepers for Tony & Guy and a sneak peek of Spring 2014 collection Wildfox Lagoon. 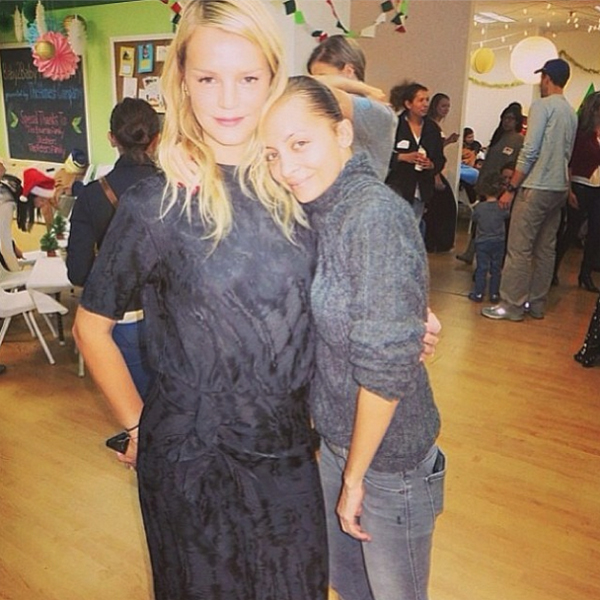