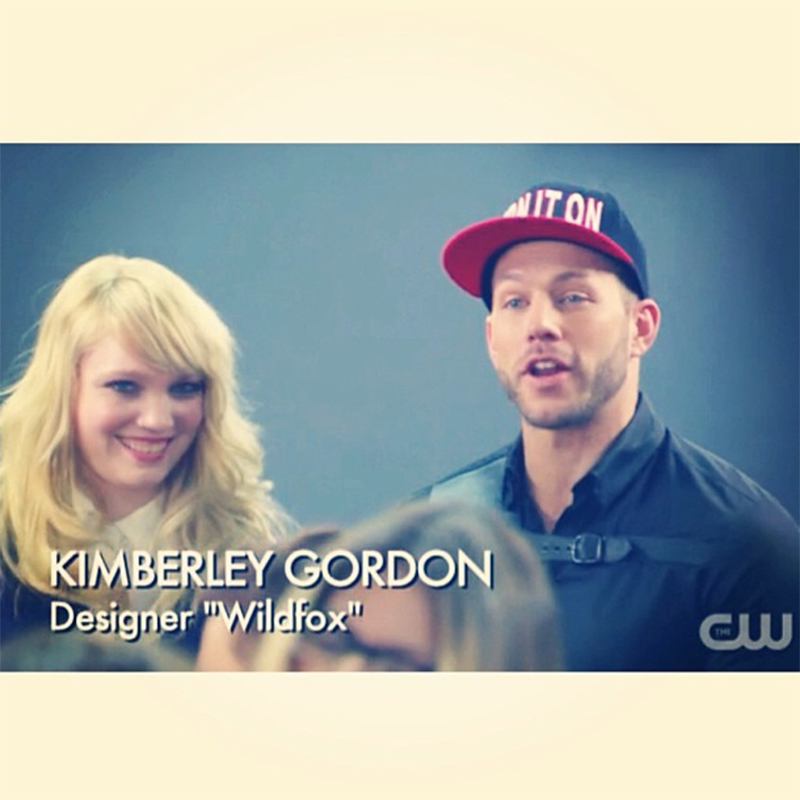 Look who popped up on the TV screens! It’s Kimberley Gordon, co-founder and designer of Wildfox, whose latest collection Daisy’s Girls has just featured on America’s Next Top Model: Girls & Guys.

Now in its 20th cycle, the famous reality television series has returned to the screens and has a nation glued to the telly, as this time round it’s girls and boys battling it out over who’s America’s next top model.

In the turntable runway challenge of the famous TV show, the female models dressed up in Wildfox Daisy’s Girls, a collection that focuses around the 1920s’ prohibition era and its secret parties. Watch the full episode of ANTM including Wildfox here (this link only works from the US, mind). If you’re reading this from the UK, you’ll have to be a bit more patient until Cycle 20 of America’s Next Top Model will be broadcast. Stay tuned, we’ll report back!

It’s not the first time that Wildfox and ANTM have been connected. Cycle 13 winner Nicole Fox starred in the campaign for the Californian label’s Fall 2010 It’s Witch Craft collection. Watch a video featuring the gorgeous redhead here.

Wildfox Daisy’s Girls is available at Selfridges. Visit the London Pop Up Space within the Denim Studio on the 3rd floor. But hurry, it will only be up until Wednesday 11th September!

Watch the beautifully shot and inspiring Daisy’s Girls campaign video and scroll down for some stills from the ANTM episode featuring Wildfox.