Minnie Mouse will be wearing a bespoke Lanvin dress to a special fashion parade and event with celebrity guests on 23rd March, as part of the 20th anniversary of Disneyland Paris.

Alber Elbaz, designer of French haute couture label Lanvin, has designed an electric blue structured neoprene dress embellished with glittering ‘jewellery’. Elbaz, who had been asked to design this special robe via a letter from Mickey Mouse, talks about Minnie’s visit to the Lanvin showroom in Paris. ‘When I showed her two dresses, she knew exactly which one she wanted. She likes to show her heels and loves earrings, jewellery, colours and everything that sparkles’, he told WWD. A video was released a couple of days ago on Lanvin’s Facebook page and YouTube channel.

Minnie Mouse already appeared on the catwalk in a Lanvin dress back in November 2012 for an animated short film shown in Barneys New York’s windows for the holiday season that also included designs by Proenza Schouler, Dolce & Gabbana, Nina Ricci, Rick Owens, Balenciaga and Balmain.

Minnie Mouse first made an appearance in 1928. Initially, Minnie was wearing a blue dress that soon changed to her characteristic red and white polka dot dress. During the 1940s, Minnie’s hat was replaced by a bow, while bows were added to her oversized yellow high heels. Minnie also sometimes wears a pink dress, but her white gloves are a key staple item she wears every day.

The amiable character is a true fashionista whose likes include shopping, polka dots, bows, flowers, heart shapes and being with Mickey. Her hobbies are singing and dancing and she has a love for baking and gardening.

Show your love for Minnie and her boyfriend Mickey and celebrate Disneyland’s Paris 20th anniversary by donning the cute charismatic mouse on your tee or sweater. Junk Food Clothing have a great variety of Disney inspired tops. A few new styles are due to hit UK and European stores in a couple of weeks’ time that feature the most popular mouse couple. 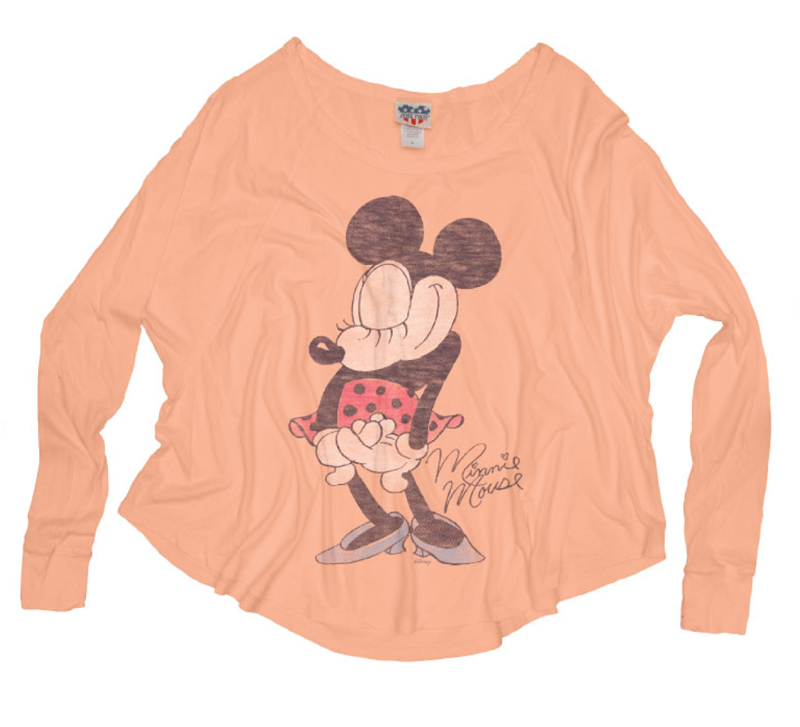 The Beachwood Raglan in Venice

The Fairfax Off The Shoulder Fleece in Heather Grey 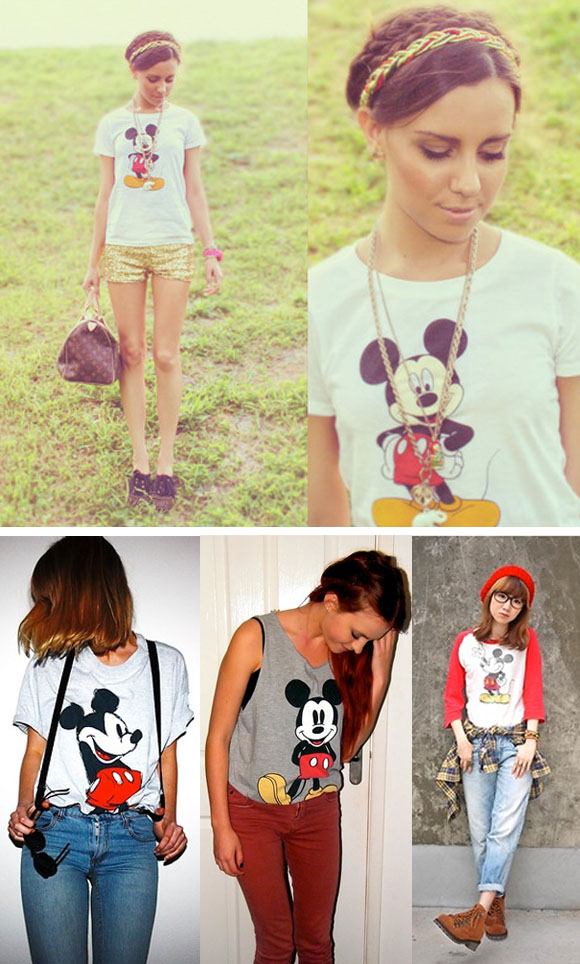 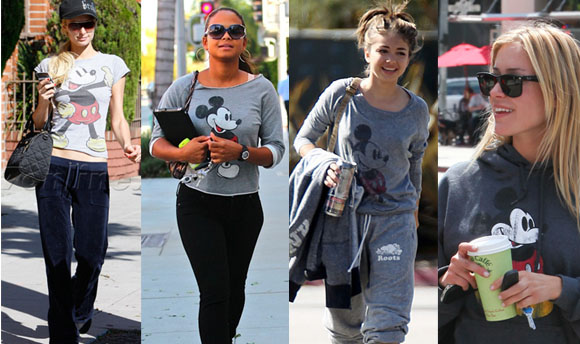