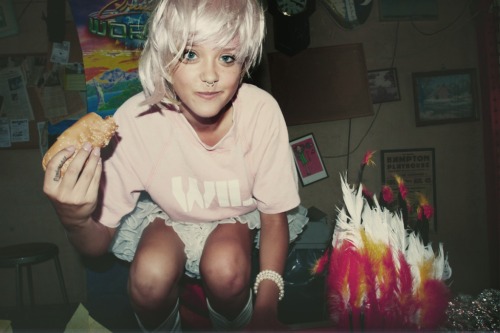 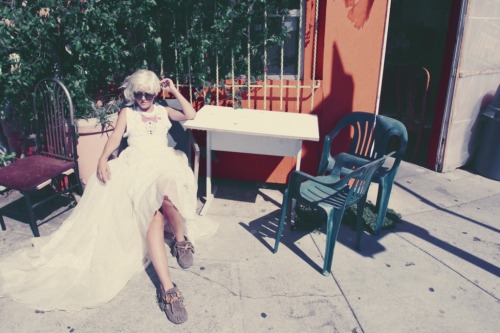 Weetzie Bat is a young adult novel, the first written by American author Francesca Lia Block, originally published in 1989. It is the first in her Dangerous Angels series.

The narrative follows the adventures of the eponymous character Weetzie and her best friend Dirk, as well as their friends and relations. After being granted three wishes by a genie, Weetzie discovers that there are unexpected ramifications.

The story is set in an almost dream-like, heightened version of Los Angeles, aptly referred to as Shangri-L.A., in an indefinite time period evoking both the 1980s punk craze and the sophisticated glamor of 1950s Hollywood. (Wiki)

This beautiful photo shoot, styled and shot by the Wildfox girls, Emily and Kimberley, is based on the cult classic teenage novel, Weetzie Bat, and fits so perfectly with Wildfox, we just had to share!