We’re not 100% what the ESPY awards are but the dresses were pretty and that’s the main thing, right? So, our research (wikipedia) informs us it is a sports and entertainment award ceremony, created and broadcasted by the American sports channel ESPN (OK, so now we know them). The awards took place last night in LA and by looking at the celebs gracing the red carpet there was a lot of beautiful, toned and tanned people  (jealous much)! The guest list included super star Samuel L Jackson, triple threat Mark Wahlberg (actor, producer and model), Twilight star Ashley Greene and Entourage actress Emmanuelle Chriqui plus a hand full of sports stars and most importantly, our heart throb (I know we have loads) Zac Efron, yummy!

After the long walk down the carpet they we’re all treated to a spoof performance by some of America’s funniest men; Will Ferrell, Jason Sudeikis and Will Forte, who looked like they were recreating an episode of Anchor Man, that we would have loved to watch, “Baxterrrr!!!”

OK, so let’s get to the most important aspect of the night, the dresses! We’re totally crushing on all the bright summer colours, whether they were figure hugging or serenely floaty, these girls know how to rock the sunshine. We loved Brooklyn Decker, with her ‘to die for figure’, in a Herve Leger dress, January Jones and Ashley Greene both looking smoking in Versace and a special shout out to Emmanuelle Chriqui, who looked amazing in BCBG Max Azria LBD. Who was your favourite of the night? 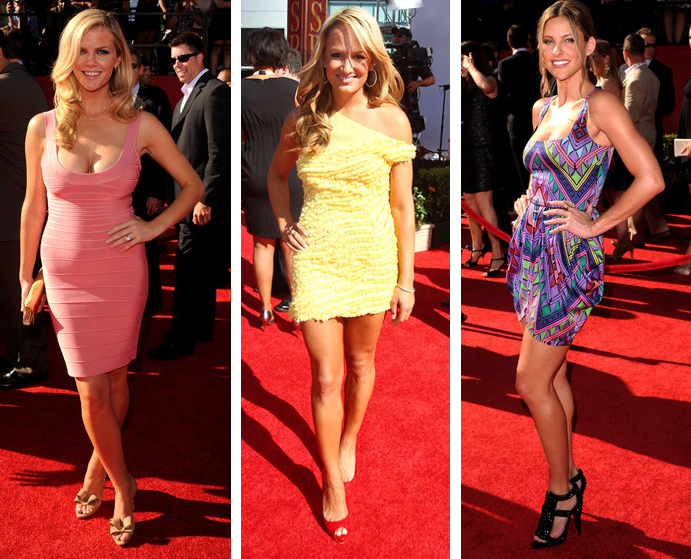 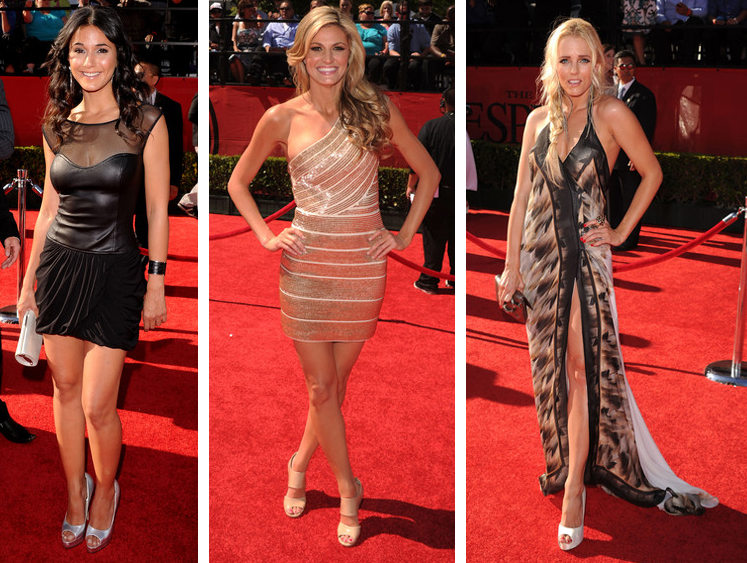